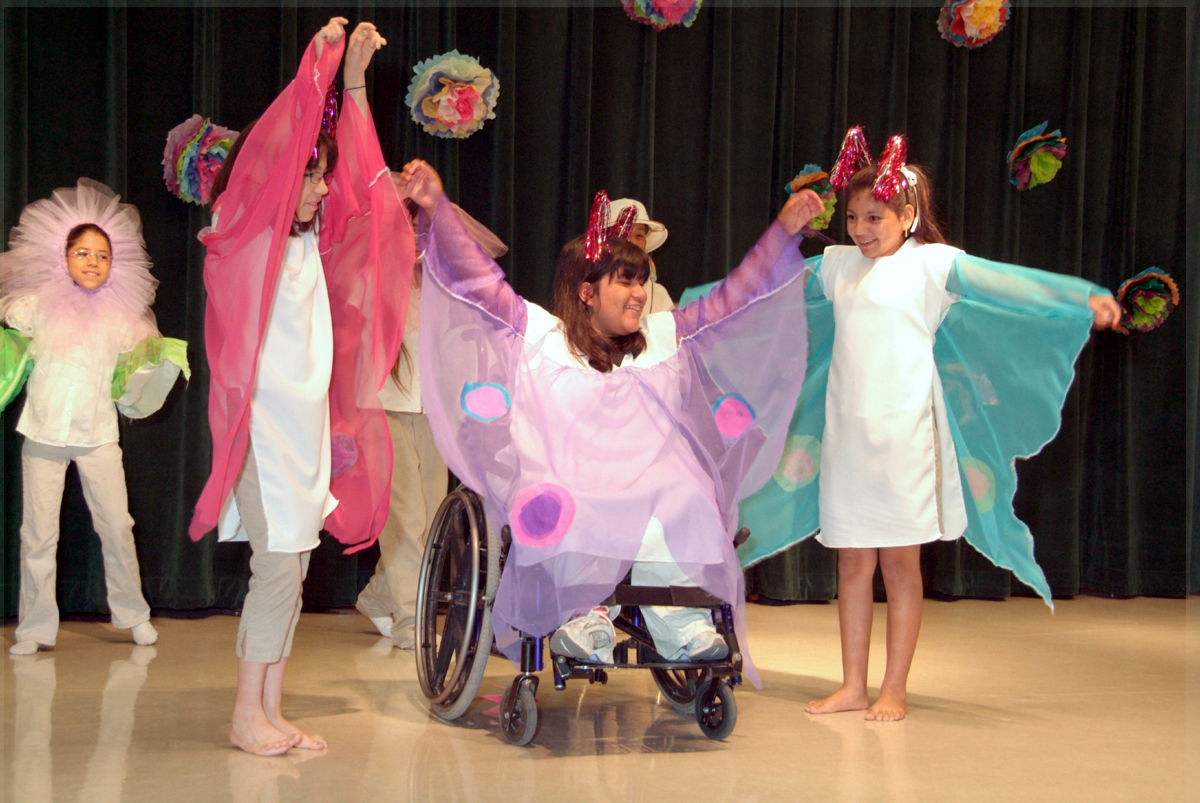 URBAN-15 is planting seeds of inclusion to help cultivate a dynamic quality of life for all our children. CULTIVATION is URBAN-15’s in-house and outreach education program that involves music, movement, and media instruction for youth and special-needs populations. This program focuses on those students who otherwise would not be able to afford, have access to, or participate in the arts. CULTIVATION is a widely-recognized arts education project: a year-round program that both brings arts professionals into the city’s schools and hosts classes and workshops in our studio and at major city-wide concerts. Every year, CULTIVATION programs serve over 10,000 students from countless schools and community centers.

CULTIVATION nurtures artistic excellence through the process of exposure to a craft, participation in that craft, and execution of the craft in a public performance.

SAMBA CHICAS, DRUM CREWE & SUMMER INTENSIVE are the free, in-house dancing and drumming classes for elementary through high school-age students. This skills-based program is entry level and open to young people from throughout the city. URBAN-15 is located in an “at risk” neighborhood and draws from a large population of children attending five schools within walking-distance of our studio.

Watch the video of the Samba Chicas performing their “Mermaid Dance”!

RADIANT BEAMS is our after-school performance ensemble at the Sunshine Cottage School for Deaf Children. URBAN-15 instructors integrate vocal, percussion, and movement into a training program for Sunshine Cottage students that includes compositions highlighting Cuban son, reggae, samba, funk, and rock styles. Launched in 2010, Radiant Beams is made possible with the support of the City of San Antonio’s Office of Cultural Affairs’ Educational Initiative.

Check out the Radiant Beams’ 2015 End of Year Video!

Watch a great special on the Radiant Beams presented on the KLRN Arts Program! 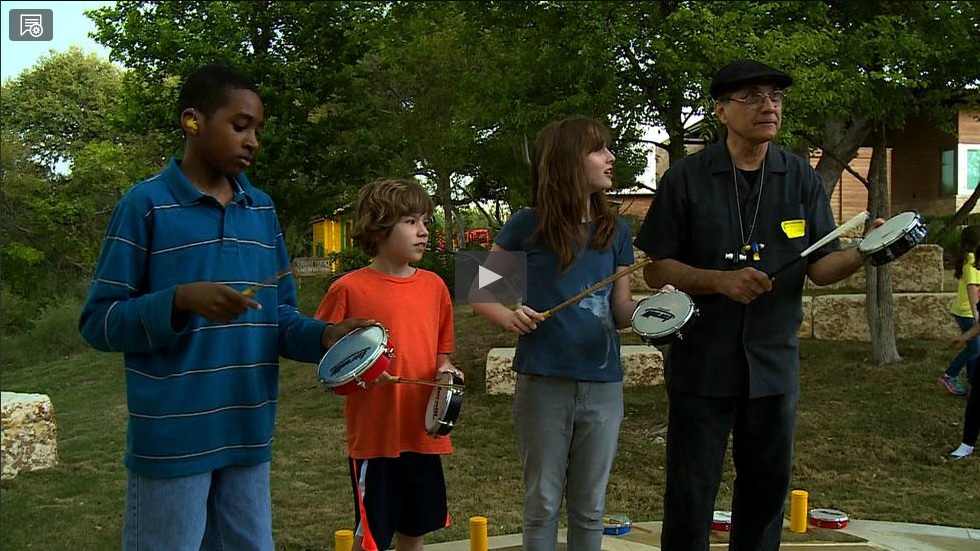 THE MISSION ACADEMY RESIDENCY is an annual event featuring “Dance Advance,” a high-energy movement workshop, and “The Drum Crewe,” a percussion ensemble performing on found and traditional instruments. This two-week residency occurs during school hours and culminates with a concert production.

Watch an excerpt from the final performance following our residency at Mission Academy!

THE JOSIAH MEDIA FESTIVAL is an annual international film festival and competition exclusively for filmmakers 21 and younger. This festival is one of the most unique youth programs offered by URBAN-15. Nearly $2000 in prizes are awarded each year in the form of gift cards to B&H Photo and Video – the largest photo and video equipment store in the US! Entering a film is completely free and films are accepted into the Narrative, Experimental, Animation, and Documentary categories. For more information on this year’s Josiah Media Festival, please visit our new festival website!

THE HOLIDAY LASER SHOW is a multimedia display with choreographed laser beams and animation set to your favorite holiday music! Students from schools and community centers in and around San Antonio attend this event completely FREE of charge! In 2014, nearly 8,000 children were able to attend the holiday laser show at the Lila Cockrell Theater in downtown San Antonio. Click here to learn more! 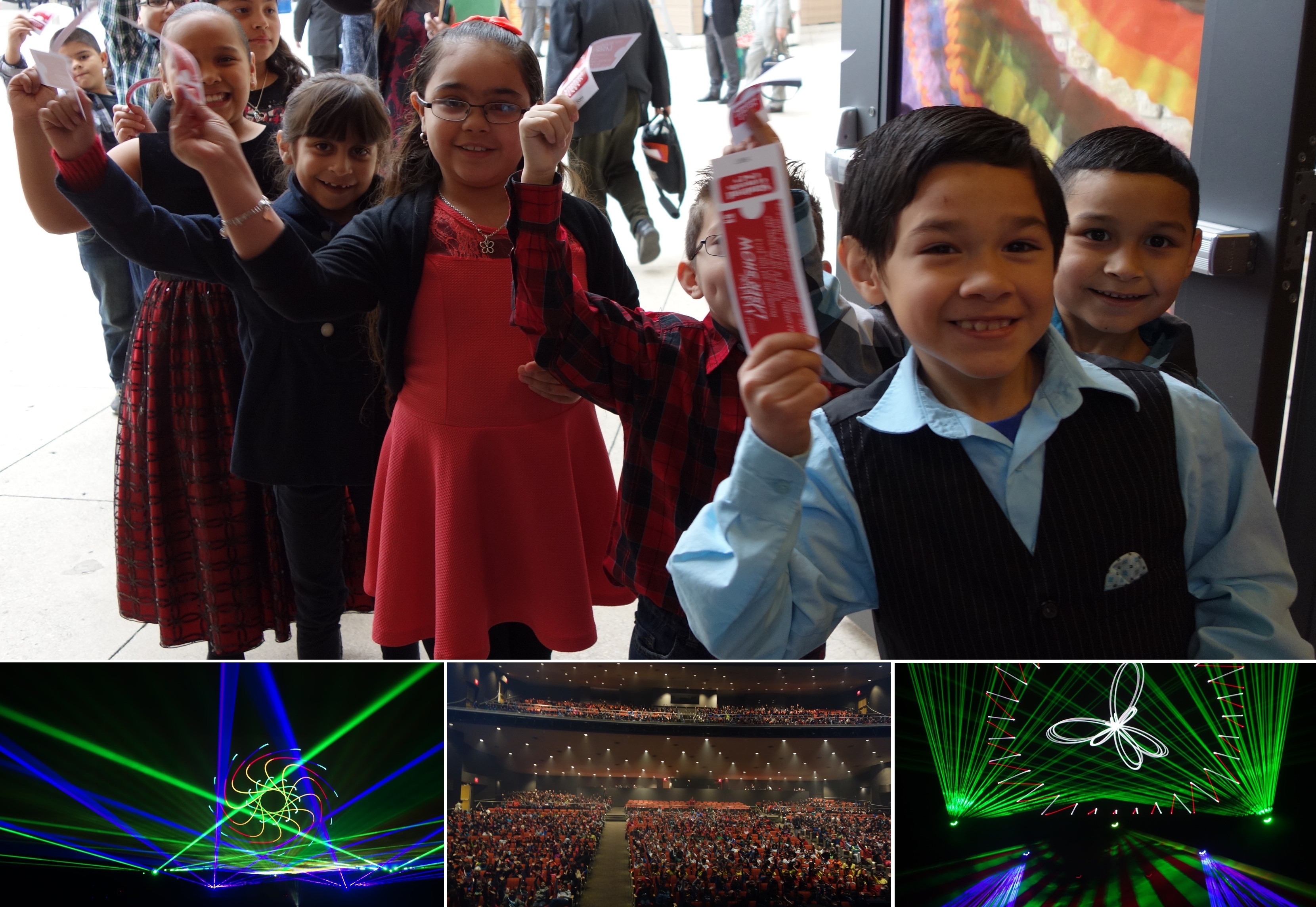 Past schools and community centers that have been involved in URBAN-15’s CULTIVATION programs include:

For more information on our Cultivation Programs or if you would like URBAN-15 to partner with your school, institution, or center, please at (210) 736-1500 or email events@urban15.org.