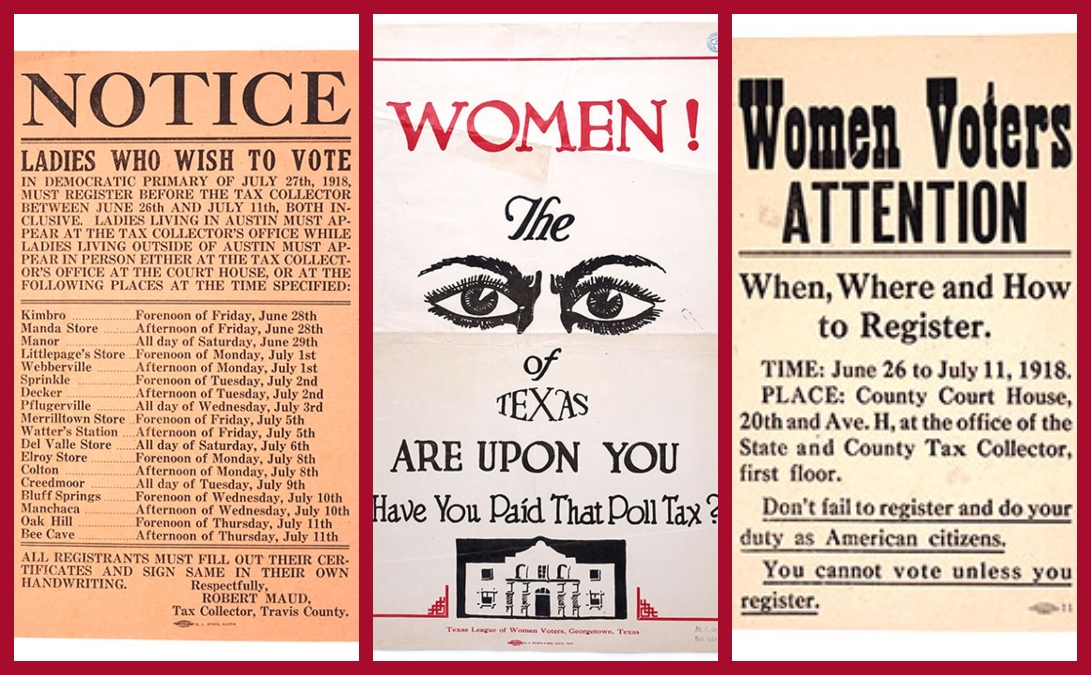 On the eve of a monumental election, November’s episode of Hidden Histories delves into local legacies of enfranchisement and disenfranchisement. Recognizing the centennial anniversary of the passage of the 19th amendment, we talk with Dr. Rachel Gunter on the racial and class complexities of the suffrage movement in Texas, which expanded voting rights primarily for Anglo middle-class women even as Black and Mexicana women, immigrants, and other groups remained largely disenfranchised until the 1960s. Picking up on these exclusions, we also speak with Dr. Henry Flores on historic voting rights struggles in San Antonio—against the poll tax, literacy tests, and racial gerrymandering—and screen a short documentary from the Josiah Media Festival archives on the fight for single member district voting in San Antonio. Finally, as artistic blessing and invocation, performance artist Jess Mahogany reads Evie Shockley’s poem “Women’s Voting Rights at One Hundred (But Who’s Counting?).”

As an online arts and culture magazine, Hidden Histories pursues and preserves the underexplored stories, lives, and places which make San Antonio and South Texas an inspiring cultural treasure. Each monthly episode uncovers important cultural histories of the region by featuring archival interviews with artists and communtiy leaders; significant performances by musicians, dancers, and poets; forgotten documentaries and narrative films; and vintage discussions of important community issues. In uncovering and generating the archives which hold these stories, Hidden Histories endeavors to move beyond the public humanities to one that is truly community-based.

All episodes of Hidden Histories debut on the first Monday of the month, and can be viewed online for FREE on our Facebook page (facebook.com/urban15/live) OR on our website (urban15.org/live-stream). Afterwards, episodes are re-streamed each Monday at 7pm throughout that month and are also archived online for 24/7 access at http://hiddenhistories.tv/archives/.