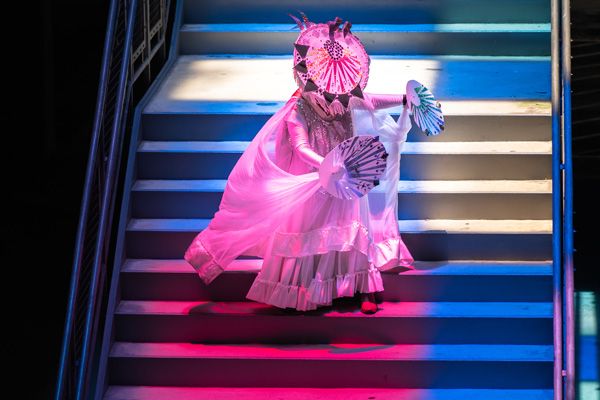 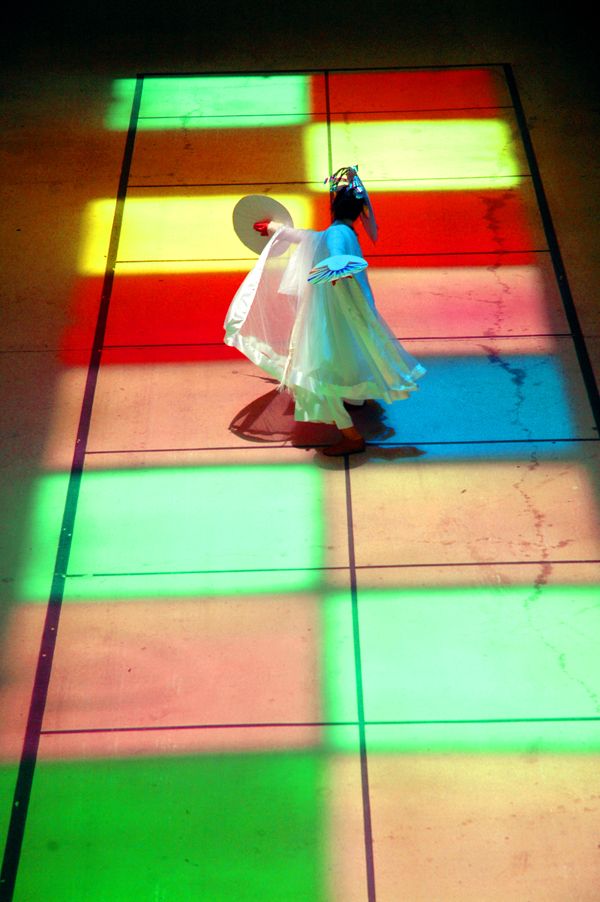 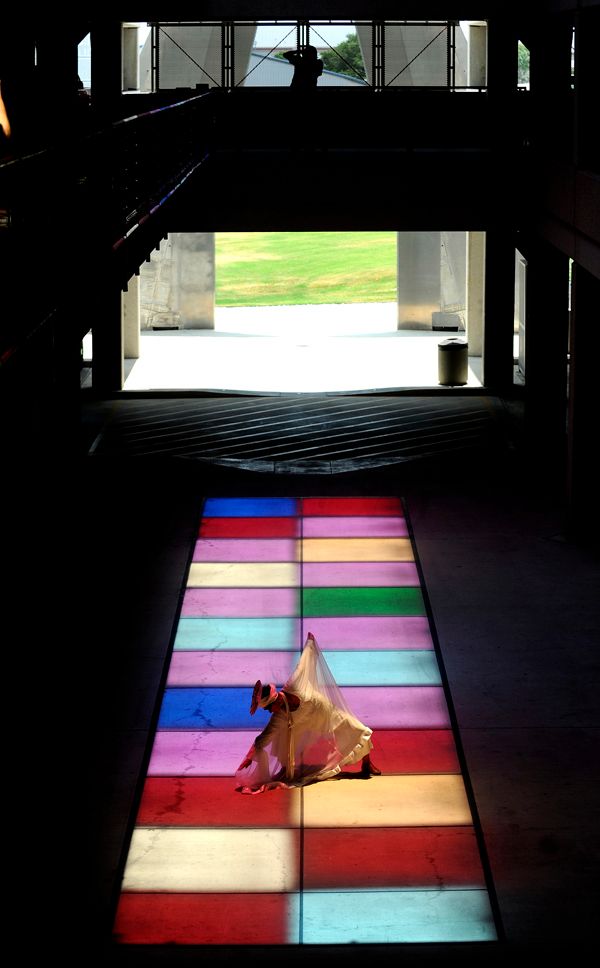 For the eighteenth year, in celebration of the Summer Solstice, choreographer and dancer Catherine Cisneros presents her solo performance within the lighted squares of Christopher Janney’s “Passing Light” solar sculpture. “Passing Light” was commissioned by the City of San Antonio’s Public Art Office in 2000 and completed in 2001.  The solar sculpture incorporates large plexiglass squares embedded in the ceiling that project a grid of colors onto the passageway surface. Once a year, at 2pm on the Summer Solstice, the lighted grids align with the painted grids on the floor for less than a minute as the Sun passes directly overhead.

URBAN-15 Artistic Director Catherine Cisneros has created a dance work that exploits the changing colors penetrating the environment. Her movements are designed to bring a ceremonial awareness of our planet’s humble travels within a celestial clock, evoking the elaborate rituals performed by the ancient Egyptians, Aztecs, Celts, Mayans, Hindis, Incas and others to make visible the moment of solar zenith.