The Politics of Ink: Political Advertising in a Pre-Digital Epoch 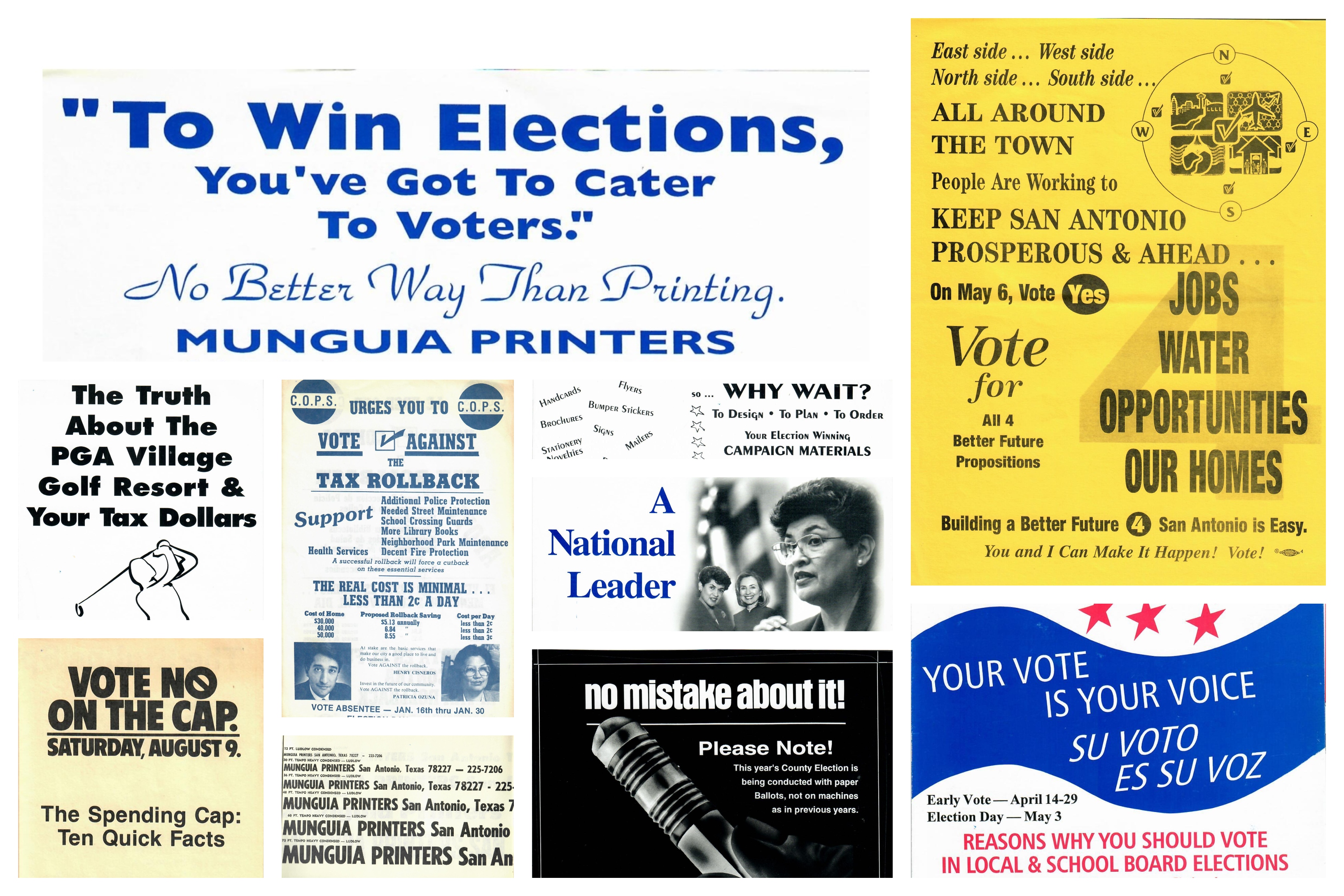 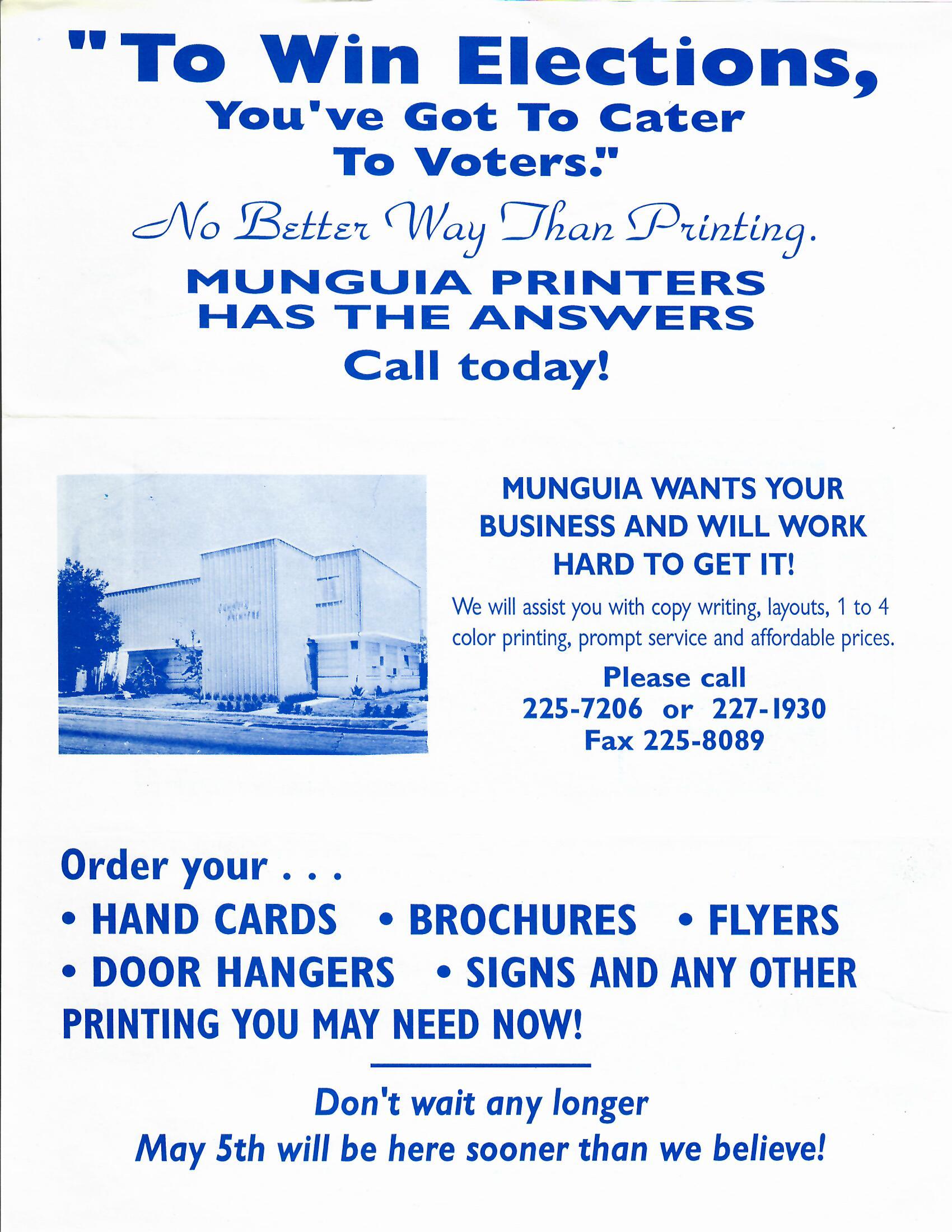 On the eve of Election Day, November’s episode of Hidden Histories delves into the archives of Ruben Munguia, exploring the role of print shops and print culture in electoral politics. From the early days of La Estrellita Printing Shop on Sunders Street, the Munguia family played an integral role in the emergence of political power on San Antonio’s West and Southsides. Whether printing picket signs for striking cigar workers and pecan shellers or palm cards for candidates running for school boards and city council, Munguia Printers provided low-cost and often donated content, design, and production services to local candidates and campaigns.

The willingness of citizens to come forth as candidates for public office is critical to the strength of democracy, yet history books and newspaper archives mainly document the winners and losers in the most visible elected contests. Seldom do we remember the names and faces of the thousands of people who annually run for offices that critically impact the community―as school and water board members, constables, justices of the peace, party officers, and others―yet remain beyond the horizon of public attention. It is in tribute to these candidates, both winners and losers, that the Munguia collection of photographs and campaign collateral becomes particularly significant. Guest commentators include Eddie Coy Ybarra, former co-owner of Munguia Printers, and Dr. Henry Flores, Distinguished University Research Professor Emeritus at St. Mary’s University. 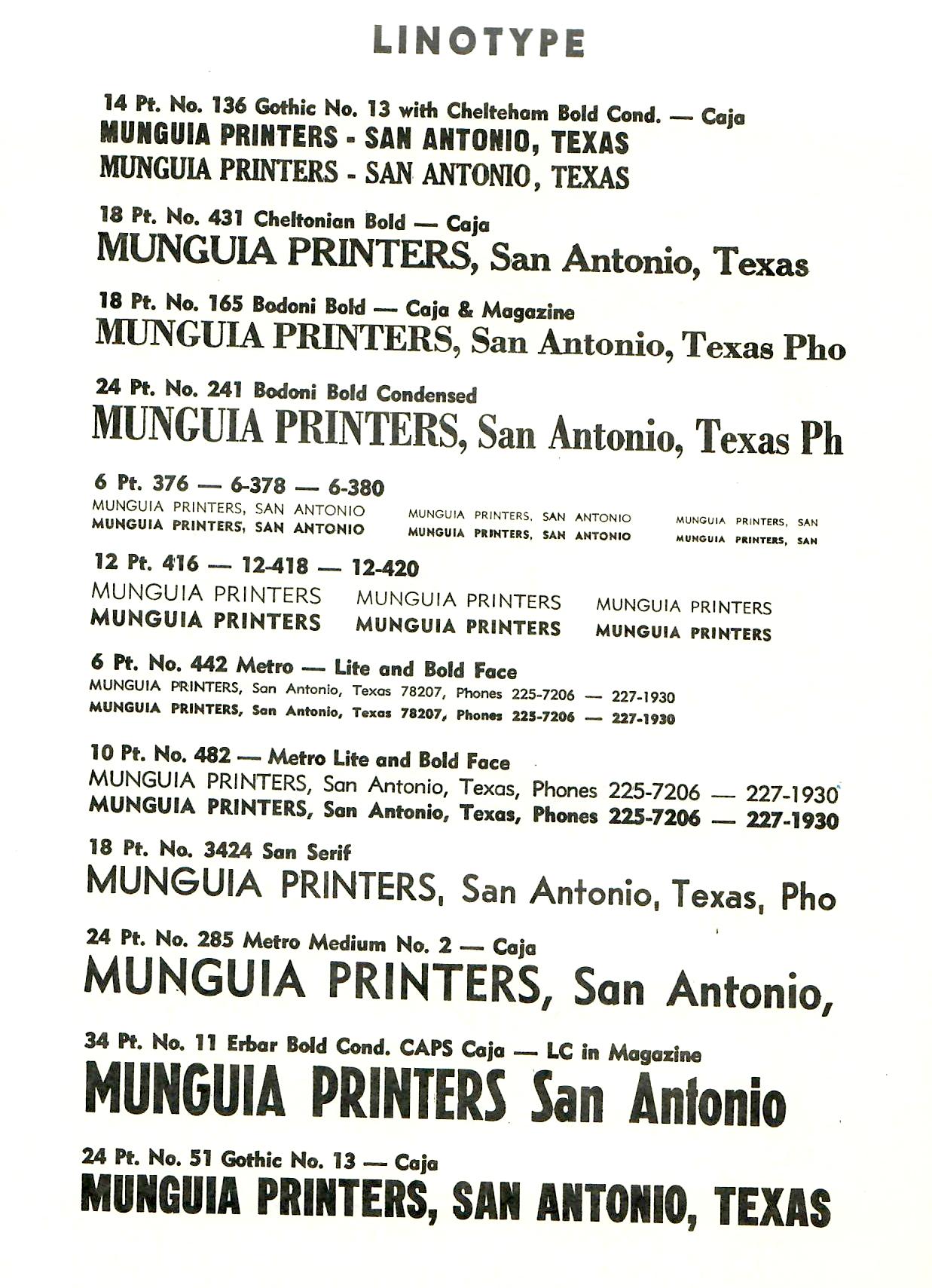 After each live screening, all episodes are archived online for 24/7 access at http://hiddenhistories.tv/archives