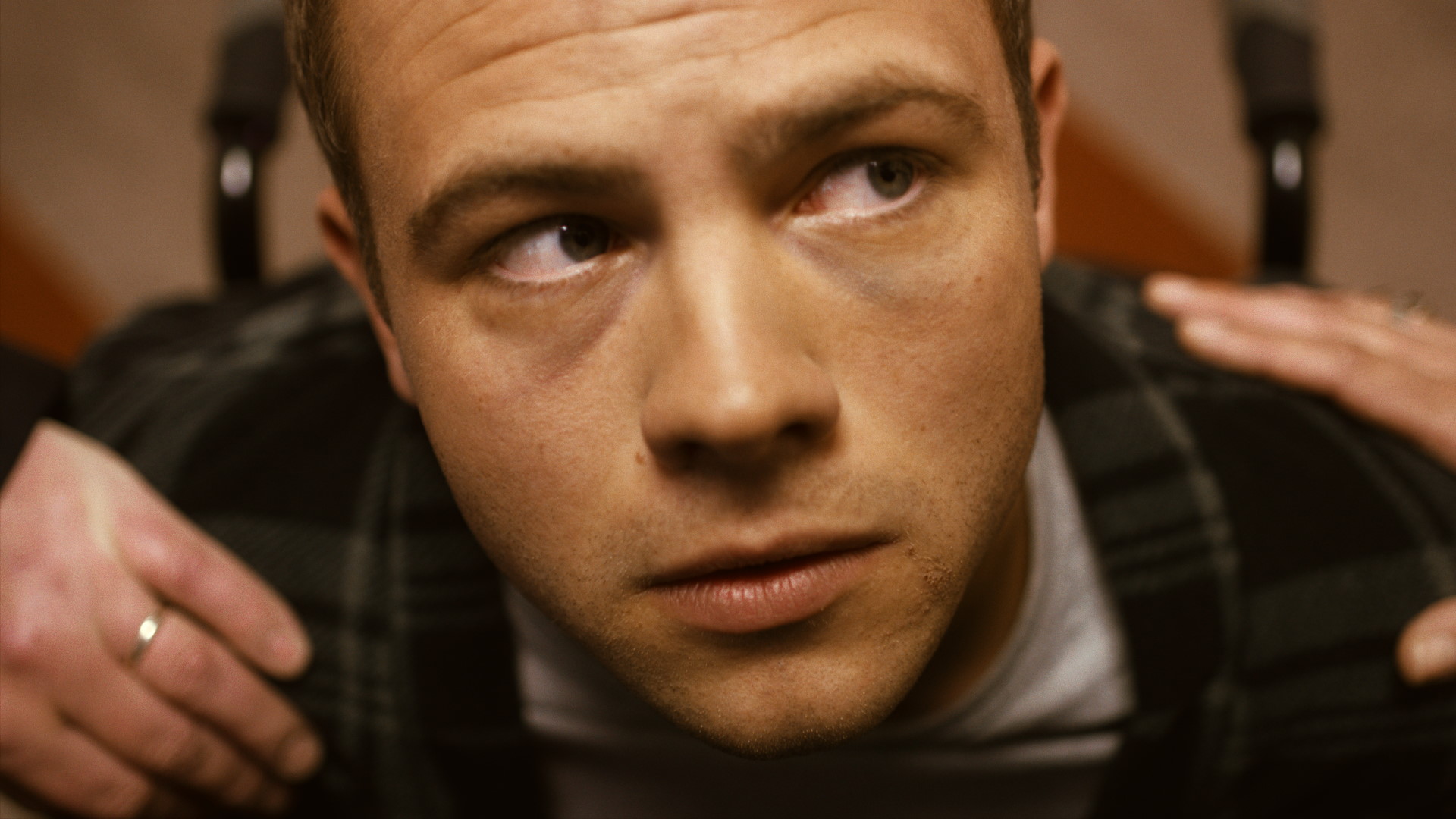 On March 6, 2015, URBAN-15 joined the local art community on South Presa St. in its “First Friday” celebrations with a new gallery opening and a one-night-only film screening!

Want to see the gallery? 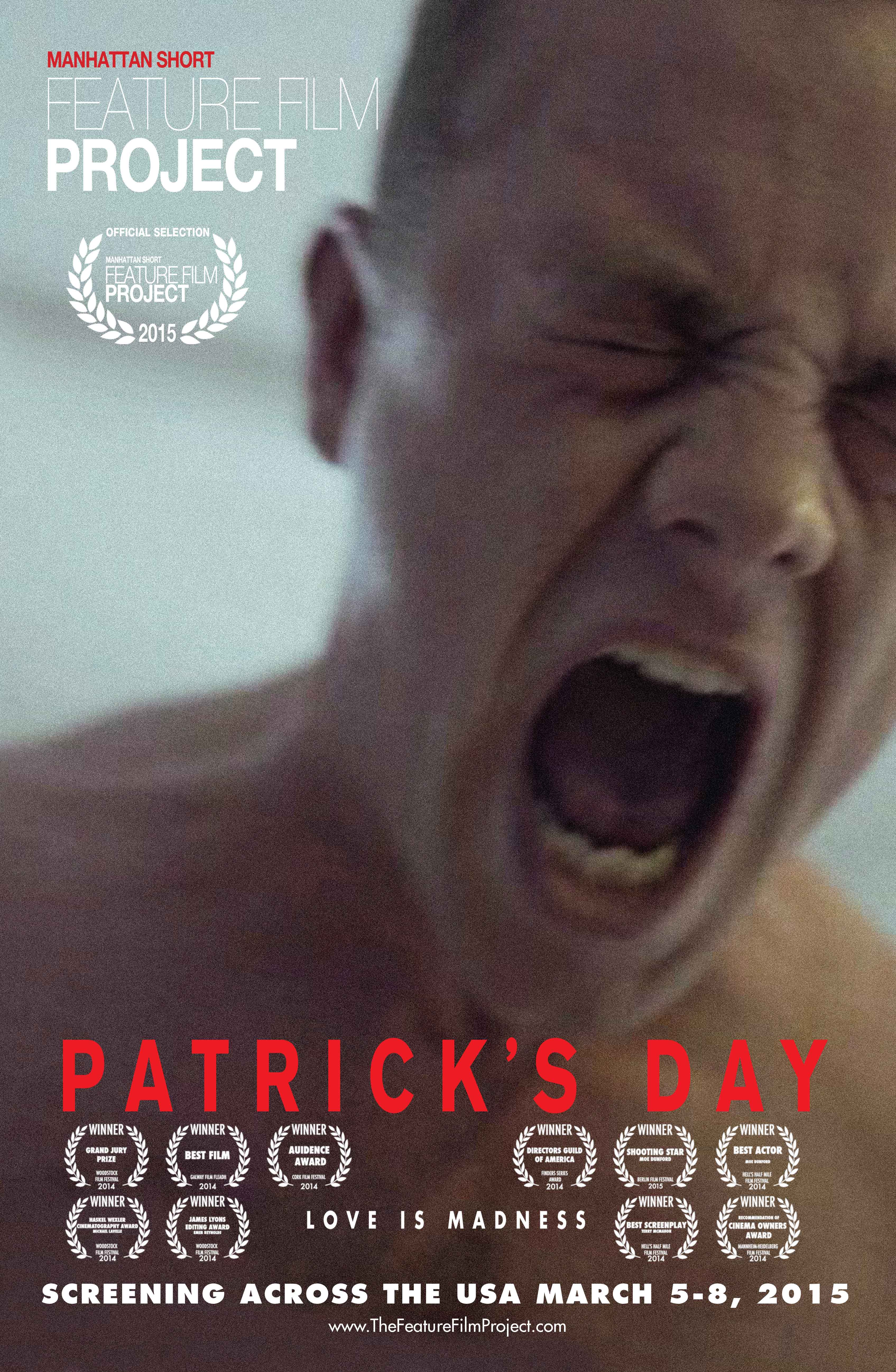 Patrick is a warm, open 26 year old virgin schizophrenic. Pills and his mother’s protection mean that he is not a threat to himself or anyone else. Until he falls in love. The object of his desire, Karen, a suicidal flight attendant, has no idea their intimacy might reintroduce her to living. Patrick’s obsessive mother Maura doesn’t realize her own misguided love may be more dangerous than theirs as she tries to pull Karen and Patrick apart. To drive a wedge between the two, she enlists the help of dysfunctional detective Freeman who will use his position to help Maura…for a price.

A provocative and heart-breaking love story about the right to intimacy for everyone, Patrick’s Day proves that, when it comes to love, we’re all a little crazy.

Watch the trailer for Patrick’s Day

Alongside the screening of Patrick’s Day, URBAN-15 also opened a new gallery of photos by local photographer, Mike Greenberg! This was our second gallery opening at the URBAN-15 Studio and we were very excited and honored to showcase the work of talented local artists such as Mr. Greenberg.

Captivating black and white photos from his collection, Bienvenido a San Antonio (photographs, 1973-2014), line the walls of our studio since March 6, so come and enjoy them before the film or afterward!

Mike Greenberg, a native of San Antonio, began doing serious photography in 1973, while working as managing editor and de facto art director of Chicago magazine. He has remained faithful to black-and-white film photography. Much of his photographic work falls under the rubric of urban landscape or New Topographics.

After a brief stint as managing editor of D magazine (Dallas), he spent 28 years at the San Antonio Express-News, first as Perspective editor, then as critic-at-large and, finally, senior critic, with particular interests in classical music, architecture and urbanism. Since early 2008 he has operated the web site incidentlight.com, an outlet for his criticism and photography. His first full-length play, Three Views of a Waterfall, won a Texas Nonprofit Theatres competition and was produced in 2011 by the Bastrop Opera House. His book, The Poetics of Cities, was published by the Ohio State University Press in 1995. He was a John S. Knight Fellow at Stanford University in 1986-87. He lives in San Antonio with his beloved if slightly annoying dog, Darwin.

All the images in Bienvenido a San Antonio were shot on black-and-white film with Canon F-1 and Leica M4 camera bodies and Canon and Leica prime lenses. The negatives were scanned at 4000 pixels per inch on a Nikon Super Coolscan 5000 ED controlled by VueScan software. The resulting digital files were edited minimally in Photoshop on a Macintosh computer to adjust contrast and remove spots and scratches. The images were printed full-frame on an Epson 1430 inkjet printer equipped with an archival carbon-pigment monochrome ink set by MIS Associates. The paper is Epson Hot Press Natural, an archival, 100-percent cotton fiber stock containing no optical brighteners.