View a trailer for the 2015 Mega Corazon here:

See below for poet bios and performance schedule: 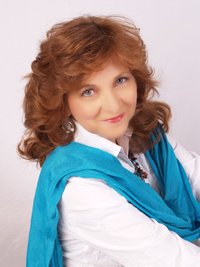 Carmen Tafolla is a poet, writer, and performance artist fromSan Antonio, Texas. The author of more than 20 books, including The Holy Tortilla and a Pot of Beans and What Can you Do with a Paleta? (for children, youth, and adults), Dr. Tafolla was named in 2012 by Mayor Julian Castro as the first Poet Laureate of San Antonio.  Her latest poetry book, Rebozos, won three International Latino Book Awards, and her new book This River Here: Poems of San Antonio, is being released this spring. She has performed her one-woman show throughout the US, and in England, France, Mexico, Spain, Canada, Mexico, Germany, Norway, and New Zealand. http://www.carmentafolla.com 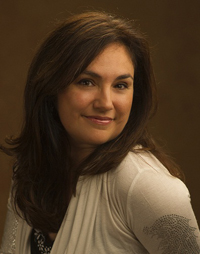 Natalia Trevino was born in Mexico City and raised in San Antonio, Texas,  and is an Associate Professor of English at Northwest Vista College and a member of the Macondo Foundation.  Natalia completed her Master’s degree in English at The University of Texas, and she also graduated from  The University of Nebraska’s MFA in Creative Writing. Her poems have won the Alfredo Moral de Cisneros Award, the Wendy Barker Creative Writing Award, the  Dorothy Sargent Rosenberg Poetry Prize, and the San Antonio Artist Foundation Literary Prize. Her poems have appeared in several publications including Bordersenses, Borderlands, Texas Poetry Review, The Houston Literary Review, Sugar House Review, Voices de la Luna, and North Texas State’s,  Inheritance of Light. Her fiction has appeared in Curbstone Press’s Mirrors Beneath the Earth, and her nonfiction is included in Shifting Balance Sheets: Women’s Stories of Naturalized Citizens and Complex Allegiances: Constellations of Immigration. She is finishing her novel, La Cruzada, a testimony of an immigrant mother’s journey. Having experienced a bi-national childhood, she hopes to raise understanding between people on both sides of the Mexican-American border. She lives with her husband and son just outside of San Antonio. 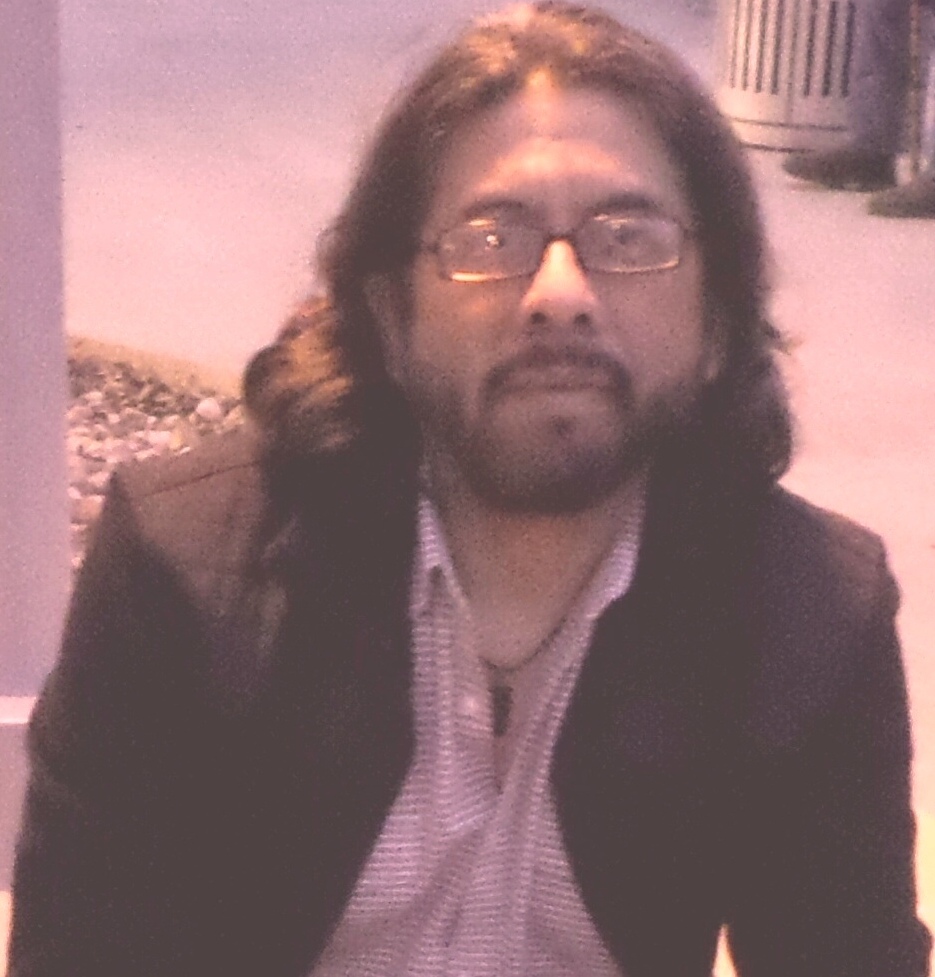 Bryce Milligan has lived in San Antonio since 1977. He holds a MA from the University of Texas in Linguistics and Ancient Languages. Milligan is a prolific, award-winning author in numerous genres, ranging from children’s books to novels for young adults, and adult poetry and criticism. Milligan was the founding editor of Pax: A Journal for Peace through Culture(1983-1987) and Vortex: A Critical Review (1986-1990), Milligan has been the publisher, editor and book designer of Wings Press since 1995. Milligan is the author of four historical novels and short story collections for young adults, beginning with With the Wind, Kevin Dolan(Corona Publishing, 1987), which received the Texas Library Association’s “Lone Star Book for Young Adults” award. Milligan is also the author of six collections of poetry, including Alms for Oblivion (London: Aark Arts, 2003). He has been the featured poet in Tertulia Magazine, Gravesiana, The Secret College,and other magazines. Milligan recently received the Gemini Ink “Award for Literary Excellence” (October 2011) and the St. Mary’s University President’s Peace Commission’s “Art of Peace Award” (April 2012) for “work that enhances human understanding through the arts.” 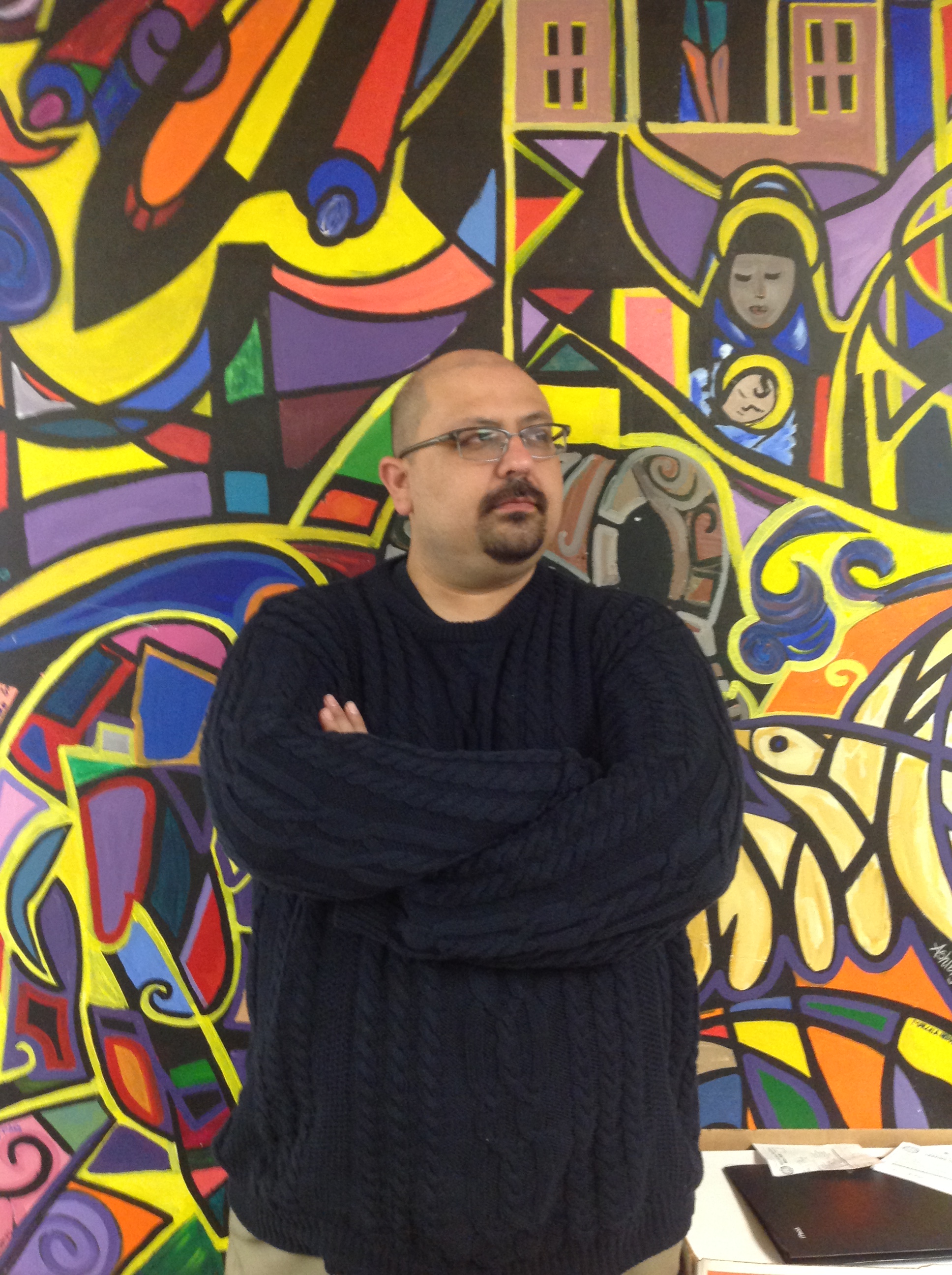 Eddie Vega, originally from McAllen, TX in the Rio Grande Valley, writes about food, Tejano culture, and social justice. He reads and performs at various poetry venues in San Antonio and south Texas.  Having recently published a chapbook (A Walk Through My City, Insupportability Press), he is presently working on a book of poetry tentatively entitled Cleaning Beans, under the mentorship of Carmen Tafolla. A graduate of St. Mary’s University, he is currently a teacher at Incarnate Word High School. 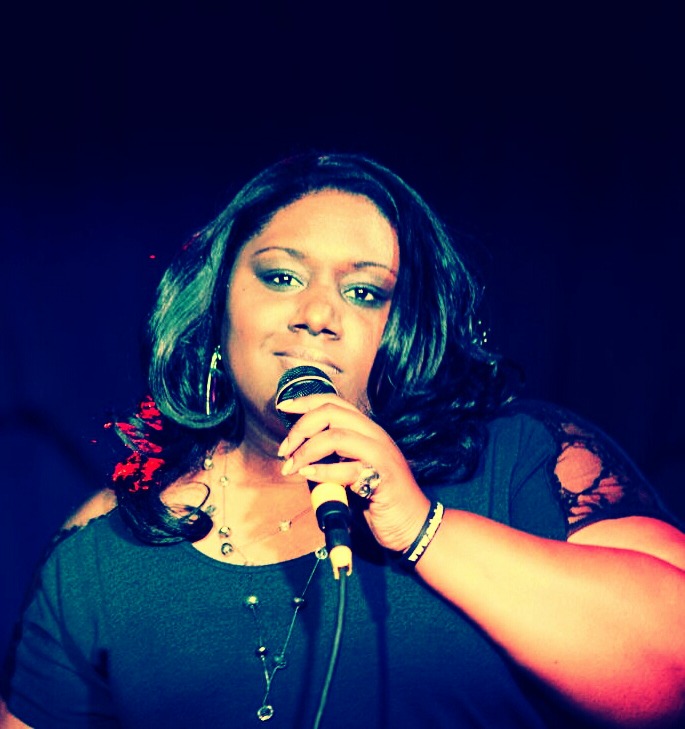 Andrea “Vocab”  Sanderson (poet, singer, hip hop artist)has been a spoken word artist since 2001.  She has featured at: DePauw University, Moorehouse College, Cameron University, Rice University, and Trinity University. She is a member of the 2005-2008 San Antonio Puro Slam teams. She was the master of ceremonies for the 19th Annual International Women’s Day March held in San Antonio, Texas. She currently co-hosts Fresh Ink Youth Poetry Slam. Andrea also enjoys doing volunteer organizing with the Martinez St. Women’s Center, Rape Crisis Center, and Haven for Hope. She has been a judge for the city wide competition  La Voz for 2013 & 2014. In October of 2011 she released a c.d. entitled Vocab Presents: Sessions In Flight  and it is available on iTunes.  She was voted in the top three Best Of category R&B Band/Artist by the San Antonio Current for 2012 & 2013. She also cohosts 2 nd Verse Open Mic Poetry which has won Best Open Mic in the Nation in 2011 & 2012. She was nominated for RAW Artist Award in the category of Performance Art in 2013. 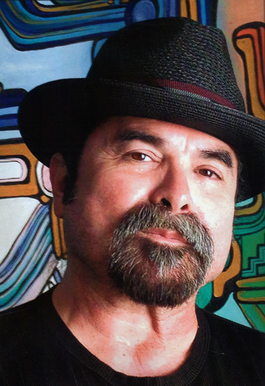 Juan Tejeda is a tenured Instructor of Music and Mexican American Studies at Palo Alto College in San Antonio, Texas. He and his wife, Anisa Onofre, are the Co-Publishers/Editors of Aztlan Libre Press and he is the button accordionist and vocalist for the musical ensemble, Conjunto Aztlan. 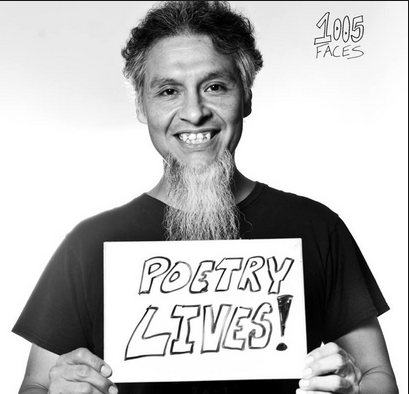 Anthony “The Poet” Flores is a 3-time San Antonio Grand Slam Poetry Champion & hasrepresented our city in competition on six different occasions at the National Poetry Slam. He has performed his work all over the United States, from local schools & community centers to H.B.O.’s Def Poetry Jam to the famous Lincoln Center in New York City. He is a co-founder of Fresh Ink Under-21 Youth Poetry Slam, the only on-going poetry slam & open-Mic for teenagers in San Antonio, & he is also a judge for S.A.’s La Voz City-Wide Spoken Word Competition. 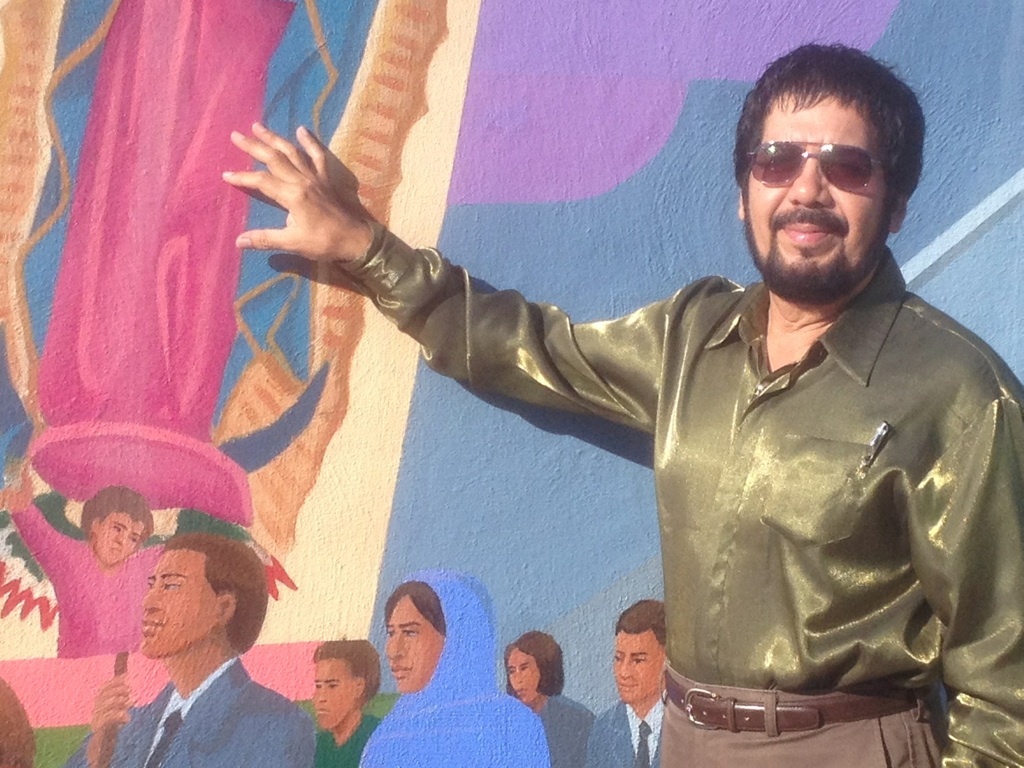 Nephtalí De León, is a poet, author, playwright, and muralist painter. A migrant worker, he published his first book while a senior in high school, which was the last experience with formal education that he cared to be involved with. Some of the author´s publications are: Chicano Popcorn (poetry), Chicanos: Our Background and Our Pride, (essays in prose), — Coca Cola Dream; Hey, Mr President Man! (both, poetry), I will Catch the Sun (for children), and others. Translated into Chinese, Russian, Arabic, Catalan and other languages, he has been published in USA, Mexico, France and Spain. His latest activity has been collaborating with the making of movie “Vamos al Norte” in Spanish with English subtitles, awaiting theatrical release. His dream is to have Mexica Chicano Natives de-colonize themselves from misnomers such as “Latinos” and “Hispanics,” which he says hold us as psycho/physical hostages of ourselves in a self-colonizing perpetuity that needs chains broken. 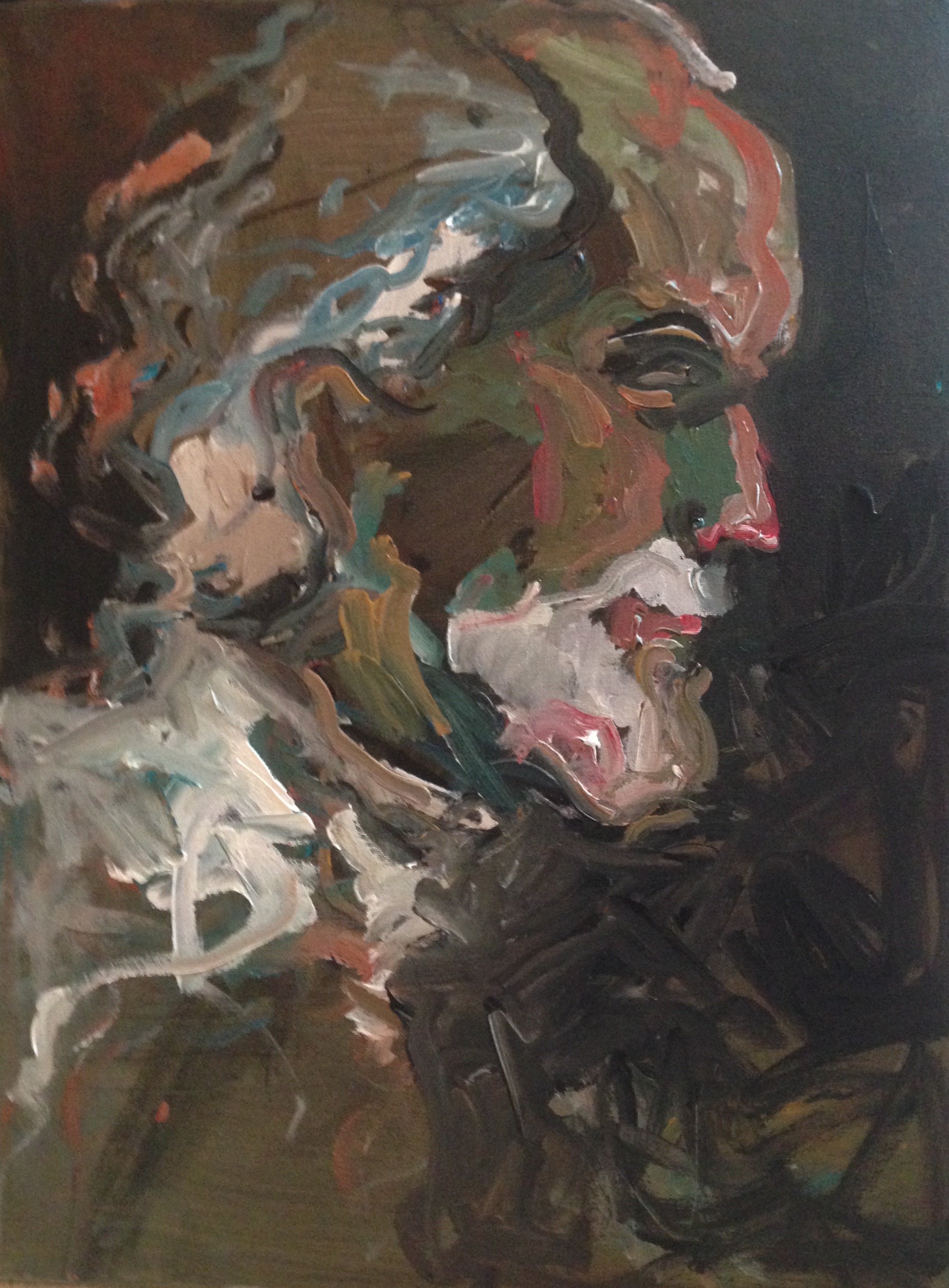 Lahab Assef Al-Jundi is a Syrian born, longtime San Antonian, whose poetry has appeared in many literary publications, and various anthologies. The latest collection of his poems, titled “No Faith at All”, was published by Pecan Grove Press in 2014. 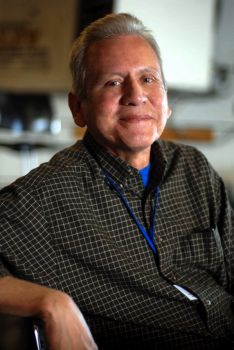 Gregg Barrios is a playwright, poet, and journalist. His five books of poetry include Air-Conditioned Apollo with a forward by John Rechy and Puro Rollo with an introduction by Tomás Rivera. Poet Carmen Tafolla calls his latest collection La Causa “spiritual history.” Barrios is a 2013 USC Annenberg Getty Fellow. He serves on the board of directors of the National Book Critics Circle. He is a contributing writer to the Los Angeles Review of Books. His reporting  has appeared in the Los Angeles Times, New York Times, Texas Monthly, Film Quarterly, Film Culture, Milenio, Salon and Interview. He also served as editorial page editor for the Spanish language daily Rumbo. Barrios has a commission to write a new play for the 2015 Provincetown Tennessee Williams Theater Festival, and is collaborating with actor and filmmaker James Franco on a book of his experimental work in poetry and film. 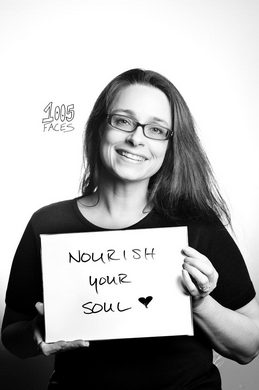 Amanda Flores is a Trinity University graduate and  the youngest poet to represent San Antonio at the National Poetry Slam competition and has represented our lovely city for seven consecutive years, performing all over the nation from Florida to Minnesota to New York, North Carolina, and Harvard University in Cambridge, MA. She holds the titles of the 2011 & 2012 Grand Slam Poetry Champion of San Antonio, and has most recently had the honor of being crowned 2013’s “La Voz” of San Antonio in SA’s first city-wide spoken word poetry contest. Performing and administering poetry workshops to schools, theaters, and community centers throughout South Texas, Amanda’s performance highlights include the annual Americans for the Arts Convention, SAAABE conference for international educators, and People (magazine) en Español’s 2012 annual convention. Her performances have been featured on the KABB FOX and WOAI Morning Shows, KENS 5 Great Day Sunday show, and KSAT 12’s Instant Replay sports segment during the 2013 NBA PlayOffs.

9:25 pm – 9:50 pm
Stay tuned for a special performance by Carmen Tafolla who will close out the night!