The Invincible Czars Present “The Wind”

Posted on November 9, 2014 by urbanfifteen 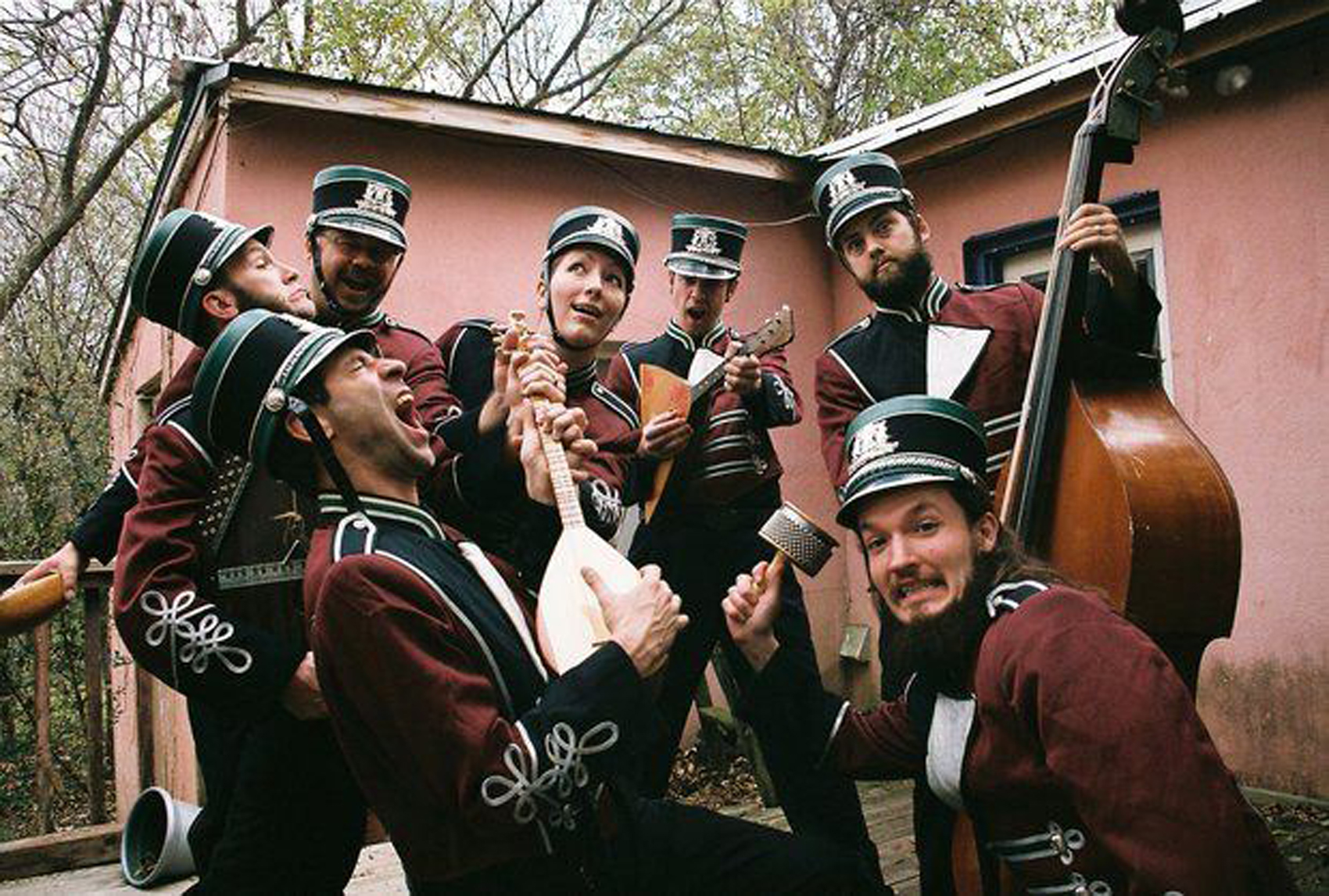 URBAN-15 was proud to present The Invincible Czars as they performed their live musical soundtrack for the 1928 silent film, The Wind!

The Invincible Czars, from Austin, TX, began creating their own scores for early 20th-century silent films and performing live with the movies in 2006. The group’s original songs and instrumental pieces are highly composed “mini-symphonies” full of memorable melodies, meticulous arrangements, dynamics, and humor. The group utilizes numerous instruments, percussion and live foley throughout their performances. The band typically dresses in a fashion congruent with the content of the film and encourages others to do the same.

The 1928 silent film, The Wind, stars Lillian Gish and is based on the novel of the same name by Dorothy Scarborough. Adapted into a screenplay by MGM’s top screenwriter, Frances Marion, the story is set in the 1880s deep in the Texas dustbowl and deals with the psychological turmoil of a young woman from the East Coast. The story depicts a young woman named Letty (Lillian Gish) who travels by train from Virginia to Sweetwater to live with her cousin. Among arrival Letty struggles with the jealousy of her cousin’s wife, the annoyance of the constant wind and the countless advances of several men. The release of The Wind marked the end of an era as it was the last silent film produced by MGM. Shot on location in the Mojave Desert near Bakersfield, California the film has been labeled as an American Western as well as a European film.

The Wind is scored for 4 Czars with guitar, bass, violin, woodwinds, percussion and foley sound effects and sounds.

For more information on The Invincible Czars, please visit their website here.