Posted on November 8, 2014 by urbanfifteen 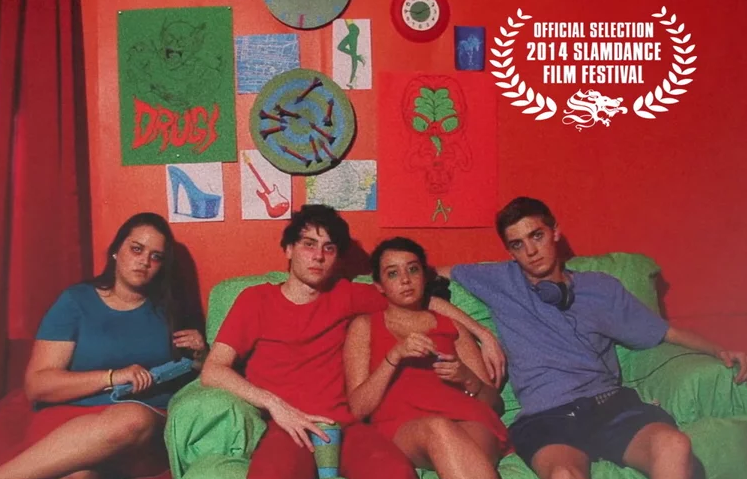 SAN ANTONIO, Texas—Competitive short films from around the world poured in for URBAN-15’s 8th annual Josiah Media Festival held in July. In the surge of interest from young filmmakers from across the United States, Brazil, Australia, Denmark, the Netherlands, and Canada were some definite standouts.

From a field of 168 films submitted, San Antonio-based judges narrowed selections down to just 36 films that were screened during July’s festival. A mere 12 films were awarded top prizes, films the judges felt truly excelled in the festival categories of Narrative, Documentary, Animation, and Experimental. These 12 award winning films will be screened for one night only on October 11 for URBAN-15’s very first “Best of the Josiah Media Festival” event.

Talented San Antonio native Alejandro Peña topped the Experimental Division with “R/B/G,” a pulse-racing short that seems to intuit and amplify the destabilizing buzz and whine of global media. A warning shown before the title card reads: “This video has been identified to potentially trigger seizures for people with photosensitive epilepsy.” But there’s hardly a chance to clear the room before the mind-altering heart-racing tri-colored montage launches a well-aimed cruise missile (well, comet actually) at a culture portrayed as drenched in televised catastrophe, pharmaceuticals, and standardized testing.

“Alejandro has been a staple feature at our festivals since he picked up a camera,” said Josiah Media Festival Project Manager Jonathan Anderson. “After watching this burst of barely contained chaos, it was obvious we hand another strong offering from this enormously talented young man.”

Other subjects tackled by contest winners range from an all-girl rock camp, community building in war-ravaged Uganda, the struggles of a violence-addicted sociopath, and the adventure of a (thankfully) animated booger. But it’s possible none communicate such an urgent energy as Peña’s offering of just over five minutes.

By the time “R/B/G” lets go, the viewer may not be sure if the modern TV-viewing family has been upended or just the entire planet.

Peña has placed at the Josiah Media Festival multiple times. In 2012, he received another first place award for his experimental short, “The Hollow Men.” Last year, he received the Founder’s Recognition Award for the stop-motion animated film “Nomadic Firs’ Cover Bombs—ODESZA.”

“Alejandro has always been passionate towards the art of animation and experimenting with different mediums and materials,” said Guillermina Zabala, media arts director at SAY Sí and Peña’s instructor in the nonprofit’s multidisciplinary arts student program in 2011 and 2012.

“One of the aspects that really amazes me is his obsession for details and the amount of preparation he puts into the films. He puts his heart and soul in his projects. When watching his films one can see his passion and dedication,” Zabala said.

Peña has since embarked on the college experience at Emerson College in Boston, MA, but the filmmaking continues.

He raised more than $5,000 earlier this year to help fund a new film, “A Future,” about a boy who is afraid not only of his time at school, but time itself. “The classroom, teachers and students are more like drones and the school building resembles a factory,” Peña writes on the film’s Kickstarter page.

“He is given an entrance exam that sucks him into a vortex, launching him through time and bombarding him with surreal visions of the academic world. He sees the stories of others as well as his future self. The exam spits him back out into his own future. Where he ends up is not at all where he started, and no one seems to notice.”

The film, narrated in Spanish, is a lively mélange—as we’ve come to expect from this director—involving live action, stop-motion and computer animation. The film is being shot in both Boston and various points around South Texas, according to Peña. You can see a teaser of this work at http://vimeo.com/user8949292.

Since its founding, the Josiah Media Festival has turned a spotlight on young filmmakers around the world, many of whom have gone on to receive acclaim at other film festivals around the world, received attention from national and international media, and begun thriving professional careers.

The festival is only open to filmmakers 21 and younger and is named after Josiah Miles Neundorf, a talented media artist from San Antonio, Texas, who passed away in 2006 from osteosarcoma.

“Despite his short 20 years with us, Neundorf expanded the lives of those around him through his brilliance, joy, and determination to create outstanding works in the midst of the physical ravages of disease,” said URBAN-15 Founder George Cisneros.